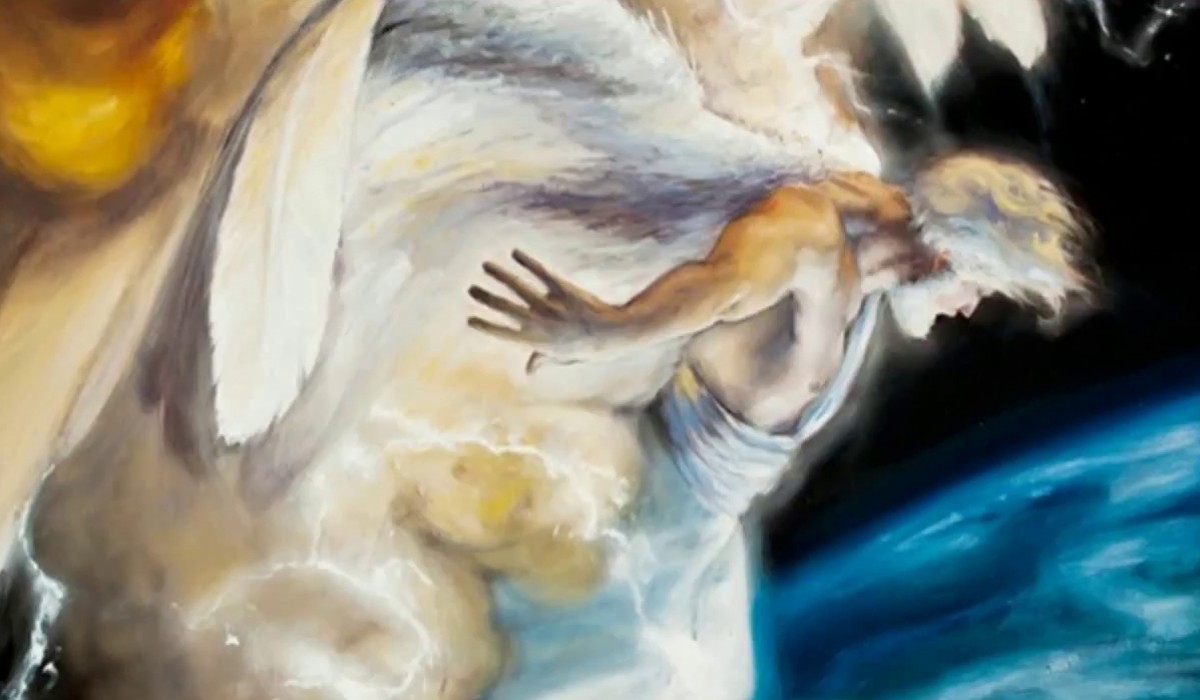 Wind, and more specifically the four winds, are mentioned throughout scripture[1]. In the natural, these four winds are used to refer to winds originating from the four corners of the earth: north, south, east, and west. But the winds that the Bible talks about are spirits; agents of war, positioned in heaven, and released by God for battle:

In the final step of raising up a vast living army from dry bones, the prophet Ezekiel is commanded by God to ‘prophesy to the breath’; to ‘come from the four winds’ and enter the unliving beings (Ezekiel 37:9). When faced with the valley of the dry bones, Ezekiel found himself in a dire situation and God knew that simply speaking to the bones would not be enough, supernatural intervention was needed. When the four winds came together, breath entered the dead bodies, and they came to life again. It was time to engage the spiritual forces fighting with God. There is a level of warfare that Christians do not always understand or tap into; the level at which we fight with the four winds. God fights the enemy with the lightening in His storehouse, so He commands lightning and thunder to fight for Him, and He invites us to use the same strategy.

9Then he said to me, “Prophesy to the breath; prophesy, son of man, and say to it, ‘This is what the Sovereign Lord says: Come, breath, from the four winds and breathe into these slain, that they may live.’” (Ezekiel 37:9, NKJV)

When you have discernment of these things, it becomes an incredibly powerful tactic in spiritual warfare. When you speak and prophesy and you don’t see anything changing, you can ask God to release His anointing carried by the four winds of heaven to bring alignment in your life; to shift things in your favour. Similar to a tornado or gale-force wind that moves earthly objects as heavy as cars and rooves from one place to another, so the mission of the four winds of heaven is to move and re-arrange things in the spirit. The four winds come ‘shake things up’ so that all can come into divine order.

1When the Day of Pentecost had fully come, they were all with one accord in one place. 2And suddenly there came a sound from heaven, as of a rushing mighty wind, and it filled the whole house where they were sitting. 3Then there appeared to them divided tongues, as of fire, and one sat upon each of them. 4And they were all filled with the Holy Spirit and began to speak with other tongues, as the Spirit gave them utterance (Acts 2:1-4, NKJV).

This ‘rushing mighty wind’ (v2) was not the Holy Spirit. Although one of the attributes of the Holy Spirit is the wind, this wind was a carrier of the Holy Ghost. So the wind carried the tongues of fire, and as the wind filled the place, tongues of fire appeared. This could be the four winds of heaven that came down carrying the Holy Ghost on their shoulders, bringing Him into the house.

In 1 Kings 18, Elijah prophesied to Ahab that it was going to rain. After Elijah prayed seven times, there was a cloud, but before that he said, ‘[I hear] the sound of abundance of rain’ (v41). After you have prophesied (after you have spoken and proclaimed the Word of the Lord, and decreed His promises over your life), it is time for the rushing winds to come in.

How is it possible for a man to talk to the wind? And yet God commanded Ezekiel to do just that: to prophesy to the wind and tell it to enter the dead bodies in the valley. This has to be a spiritual wind empowered with the abilities of Heaven because natural winds don’t wake up dead people! This wind is alive and has the ability to hear what the Word of the Lord says and heed His command. This wind proceeds from the inside of God; the same wind God breathed into the nostrils of man when He created Him, because that wind dwells in God Himself: it is called the breath of life.

Ezekiel understood and engaged in a deep level of warfare. He understood that some dimensions of prayer and intercession go far beyond praying with your mind, but rather praying with the abilities of heaven. A dimension where you are no longer just saying what comes to your mind, but you align with heaven and proclaim what heaven is decreeing. God told Ezekiel to speak to the winds.

One day Jesus was on a boat, and there was a contrary wind (Matt 14). This specific wind is different to the four winds: this is the wind of destruction. Jesus, knowing this, spoke to the wind and it receded down. The Word says that ‘He who is in you is greater than he who is in the world’ (1 John 4:4). When the Holy Ghost dwells in you, and you realise that you carry the wind of heaven and all of its abilities inside of you, you are not a beggar anymore. You don’t beg for change, you speak the oracle of God with authority because heaven is at home in your life.

When you realise that you carry the wind of heaven and all of its abilities inside of you...You don’t beg for change, you speak the oracle of God with authority because heaven is at home in your life.

In John 20, Jesus came to the disciples and released the wind by blowing on them. Once again, this was not a natural wind, but the wind proceeding from the inner being of God. Jesus breathed (i.e. blew) on them and said, ‘Receive the Holy Spirit. (v22)’. Similar to Acts 2, the Holy Ghost was not the wind; the wind was the carrier of grace. The Holy Ghost flew on the wings of the winds and the disciples received the Holy Spirit!

Engaging in spiritual warfare does not just entail proclaiming the promises of God over your life, but also a depth of knowledge and application of the Word, whereby you know that you can talk to the wind and it will obey you. God told Ezekiel to speak to the winds, and as he was commanded, he prophesied to the four winds, and the dead came back to life.

Many of us are ignorant of what we are carrying; unaware of Who is inside of us and the magnitude of His power. We are the very storehouses of heaven, and yet we keep begging for our situations to change, instead of stepping out in authority and demanding that the situation turns around. There are times to intercede, and there are times to speak forth. There are times to ask for divine intervention, and then there are times for God to release agents of warfare from the storehouse of heaven. These are the four winds: heavenly hosts; angels dispatched to shift things in regard to you (Psalm 91).

Watch the sermon video The Valley of Dry Bones